“You Carry Clothes That Is All Over The Market, Call It Your Brand”- Lady Blasts Mercy Eke

A blogger, identified as Ifunaya has slammed 2019 BBNaija winner Mercy Eke after the latter announced she is starting her affordable clothing line.

Recall that Mercy had announced the launch of her new clothing line and unveiled a couple of clothes she intends to sell on social media.

Ifunaya, while reacting to this, called Mercy an illiterate alongside other BBNaija housemates saying what she is doing is more of opening a boutique than a clothing line. 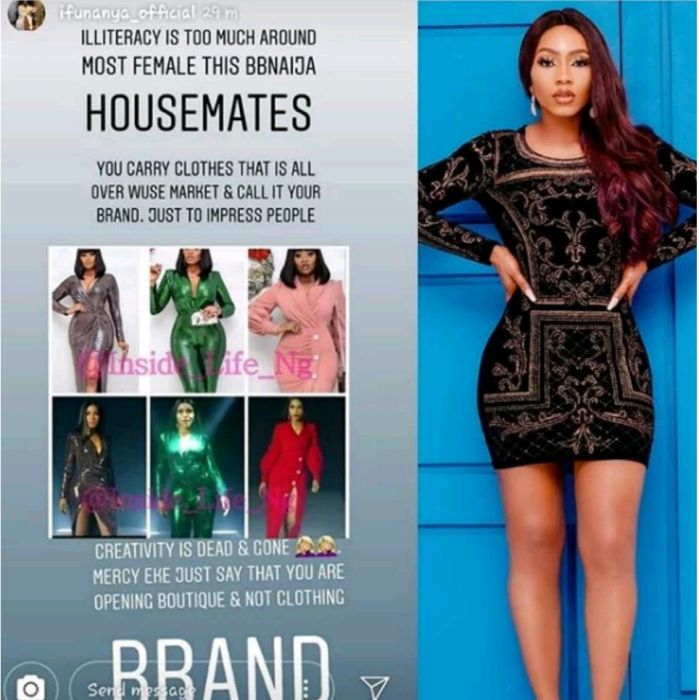 Ifunaya then added that most of the clothes Mercy has online are not her designs, as they can be gotten at a market in Wuse, Abuja.