A Nigerian woman identified as Alhaja Baliqees Yahyah Muhammad has been accused of using a hot pressing iron to burn the buttocks of her underage maids.

The incident occurred in Ilorin, Kwara State’s capital on October 11 and it was also learnt that the two underage maids identified as Hauwa and Aisha are aged 9 and 12.

The case is reportedly being investigated by operatives of the Nigeria Security and Civil Defence corps (NSCDC). 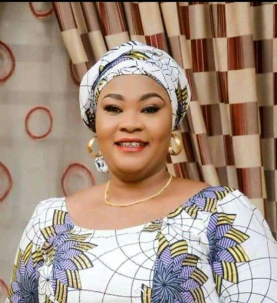 The story was shared by a Facebook user, identifed as Abdulhakim Abdulkadir who shared the photos wrote;

‘UNBELIEVABLE THAT PICTURE IS TRUE ABOUT A WOMAN WHO INTENTIONALLY USE PRESSING IRON ON THE THESE TWO GIRLS OF ABOUT 9 AND 12YEARS OLD WHO ARE LIVING WITH HERE. IT HAPPENED IN ILORIN, LAST WEEK FRIDAY 11/10/2019 ,WE ARE CALLING THD HUMAN RIGHTS LAWYERS , THE NGO AND GOOD CITIZEN OF NIGERIA TO PLEASE COME AND RESCUE THE CHILDREN SO THAT THE WOMAN WILL NOT GO UNPUNISHED.

THE WICKED WOMAN IS ALHAJA BALIQEES YAHYAH MUHAMMAD, WHILE THE HOUSE MADE ARE HAUWA AND AISHA. THOUGH THE CASE HAS BEEN REPORTED TO THE CIVIL DEFENCE IN HEAD QUARTER ,ALONG POST OFFICE. DETAILS LATER’.