Victoria Inyama reacts after being accused of sleeping with RMD (photo)

Nigerian actress, Victoria Inyama was recently dragged into an online exchanged with a troll who claimed she had a thing with actor Richard Mofe-Damijo, popularly known as RMD.

It all began when RMD took to Instagram to share a photo of himself and his wife as they marked their 19th wedding anniversary on Sunday.

Inyama had taken to the comment section to drop purple love emojis in her own way of celebrating the beautiful couple but she got more than she bargained for as a troll replied her with an outrageous claim. 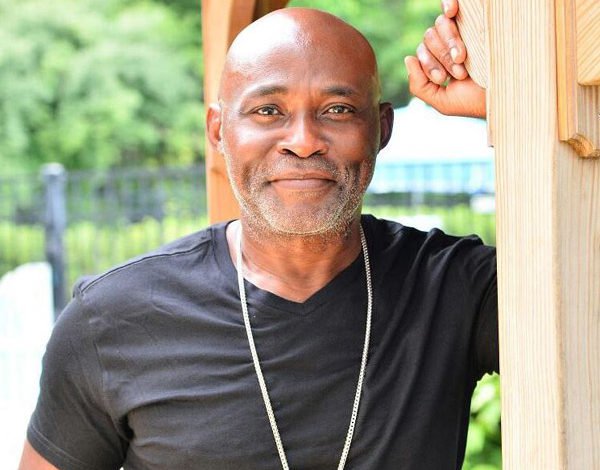 The troll claimed RMD used to have an affair with the actress as well as their other female colleagues in the past.

The troll with the handle @carter_west09 wrote ;

This man chop Victoria Inyama them and co like Suya those days.

Victoria did not not take kindly to those words and she replied ;

You must be a bastard for implying that on a day ike this. You should ask your moher how many masquerades that impregnated her to birth a numskull like you.

You should have been flushed down the toilet.

See the exchange below: 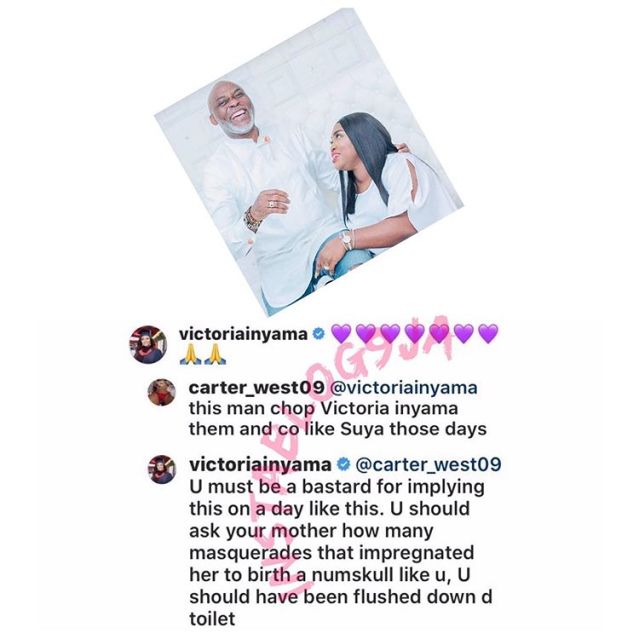 loading...
Previous Watch out for more collaborations with my brother, Rick Ross – CJ Biggerman
Next I can’t kill myself – Atiku reacts to Arsenal’s loss to Chelsea