The  former head of Department of criminology at the Federal University Oye-Ekiti in Ekiti State Professor Adewole Atere, has been accused of impregnating a 16-year-old student in his department Precious Azuka.

According to reports, the girl reportedly fell for the Professor’s love claim after one of his subordinates, Dr. Chinedu Abrifor pressured her into believing that she was ‘mature enough’ for Prof. Atere when they met in March 2017.

In her confession when she appeared before a fact-finding committee set up by the office of the then acting dean of students’ affairs E.O Adeyemi, Azuka who was 16-years-old at the time of the incident said it caused a disagreement with her boyfriend Kayode Fasanya. He broke up with her when it became clear that she was dating the Prof. Atere.

“A few days after Dr Abrifor approached me, he accompanied Prof. Atere to my hostel and they took me to their house at Aiyegbaju where I spent the night. I was returned to the hostel by 6 a.m. the following day. This practice continued for weeks” she said.

She got to know she was pregnant two months into the amorous relationship and almost everyone within and outside the hostel knew her story.

“I opted for abortion instantly but a doctor I saw said he doesn’t do it. So, when I got to the hostel, I took lipton tea and lime which made me to experience serious blood flow. When I didn’t see my menstruation the following months, I didn’t bother. I thought it had cleared,” she told the investigating team.

“The laboratory official introduced me to Dr. Dada who eventually helped me out on Wednesday, July 26,” Azuka said. 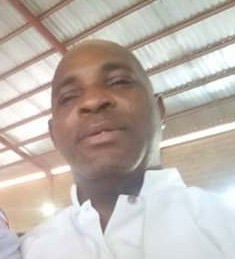 However because she was already 21 weeks into the pregnancy, Premium Times reported that the doctor said dilation and curettage (D&C) could no longer be conducted and then offered to induce Azuka to labour. That took place on July 27, 2017.

After one of the cleaners found a well wrapped cellophane bag dripping blood, she and her colleagues decided to trace its source after they noticed it was fresh. Azuka was found in the hostel writhing in pain and was rushed to the university’s clinic where she was placed on admission, but discharged the following day July 28, 2017.

“It was a Thursday morning and most of the students in the hostel had left for lectures. So it was easy to identify which room still had its occupant around. That was how Azuka was found in the room in pain. She had lost so much blood that she could hardly talk,” a university source said.

The accused Professor however denied the allegations.

loading...
Previous David Luiz reveals what Lampard told him before he left Chelsea for Arsenal
Next NASU, SSANU set to embark on warning strike