Did man walk on the moon? Who really shot JFK? How did the Russian official see the ball go over the line? Don’t we all love a conspiracy theory. Football’s latest controversy comes from the UEFA website.

This week saw two extremely exciting Champions League semi-finals come to a close. Real Madrid were fortunate to get the win over Bayern Munich and in the end Liverpool were also fortunate to beat Roma setting up an intriguing final.

It’s been one of the oddest and most fun Champions League knock-out stages in a while with Roma’s come back against Barca, Juve’s near comeback against Real, Manchester United’s embarrassment against Sevilla and Liverpool’s demolition of Manchester City’s defence amongst the highlights.

Now we’re down to the final two and on Tuesday night most people were saying that Real’s performance was enough to give Liverpool lots of hope but the Reds’ own near collapse led people to change their outlook.

Well it seem that everyone else’s opinion doesn’t matter because the Champions League winners have already been decided by UEFA, according to their website Liverpool are this year’s winners: 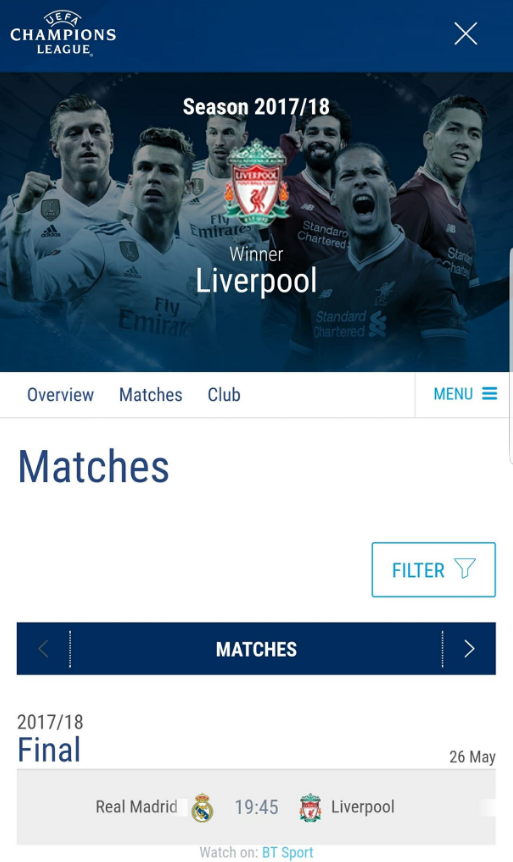