A pregnant woman has been killed by suspected herdsmen in Nchatancha Nike in Enugu East Council Area of the State.

The identity of the pregnant woman was not revealed, but it was confirmed that she was  killed while returning from the farm on Thursday August 22nd. 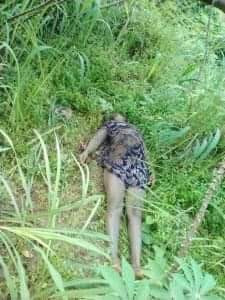 It was reported that the woman’s stomach was ripped opened in an attempt to remove her baby.

Confirming the incident, the Enugu state Commissioner of Police, Suleiman Balarabe, said the incident is currently being investigated.

Meanwhile, the members of the community blocked the Enugu – Abakaliki Expressway in protest over the murder.

loading...
Previous Boko Haram attack village in Borno State
Next Gedoni Is Suddenly Showing Me Affections And I Don’t Like It, Please Warn Him’ – Venita Tells Sir Dee