Nigerian singer, Davido is currently trending on social media after his action while performing on stage last night.

During the show with American Rapper, Megan Thee Stallion, Davido was performing his hit single ‘Risky’ and Megan got in the vibe and went down to a twerking position while Davido was approaching her. 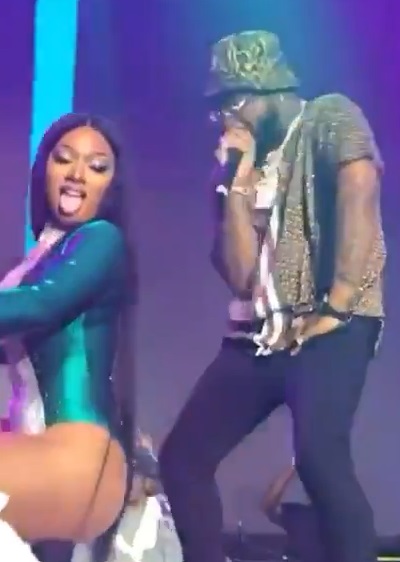 However, the Nigerian superstar, who has proven beyond doubt that he’s totally committed to his Wife, Chioma had a quick rethink and resisted the urge to rock Megan leaving the audience screaming with ‘awwws’ and so on.

loading...
Previous Why we arrested Shina Peller – Police
Next Kemi Olunloyo retires from journalism, now an Evangelist, set to lead youths to Christ