Robert Mugabe to be buried on September 15

The Zimbabwean government has announced September 15th, 2019 as a date for Robert Mugabe’s funeral.

According to reports, there was an early row over where the former president will be buried.

A government memo declared the funeral will be at Harare National Sports stadium on Saturday, September 14th but gave no location for the burial to follow the next day.

Members of the late Mr Mugabe’s family are battling with the ruling Zanu PF party over its plan to bury the former leader in a cemetery for heroes of the liberation war in the capital.

Mugabe has a grave ready next to his first wife Sally in Heroes Acre, a North-Korea designed graveyard also home to prestigious Zanu PF supporters. 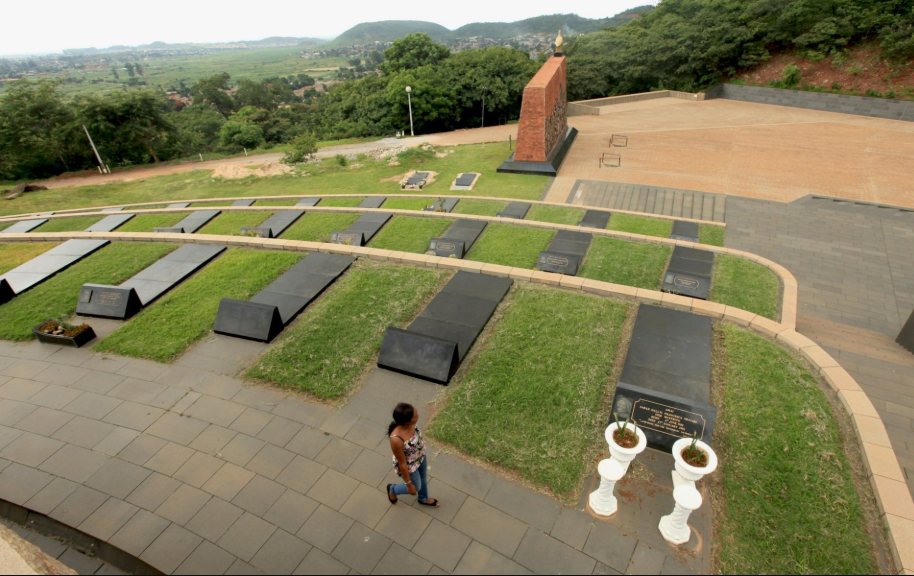 However, some of Mr Mugabe’s family want him interred in their rural village in Zvimba district, about 50 miles northwest of Harare.

“We want him buried here. Heroes, for what?” Mr Mugabe’s cousin, Josephine Jorincha, told AFP in the village of Kutama.

Mr Mugabe’s nephew, Leo, who is the family’s head of burial preparations, told the Telegraph that he was negotiating with village chiefs over the final site for Mugabe’s burial.

He said that Mr Mugabe’s toppling in a 2017 coup by his former right-hand man Emerson Mnangagwa had rendered the former dictator ambivalent about being buried in the Zanu PF shrine.  However, Leo said that he believed Mr Mugabe would eventually be buried in Heroes’ Acre.

He said: “I am sure he will be buried at Heroes’ Acre. We are with the chiefs, we have to consult.”

loading...
Previous Revealed: How Adidas blocked Pogba from leaving Man Utd for Real Madrid
Next Ghanaian Man Arrested for $2.1 Million scam in the US