Orezi demands N100M as damages from Bolt over car accident

Nigerian singer, Orezi has demanded 100 million naira from ride-hailing app, Bolt, formerly known as Taxify after a road accident that damaged his Jaw a month ago.

According to the singer, on the morning of December 6, 2019 he was rushing to meet up with a flight to Delta State for a performance, so he took Bolt at about 5:30am in the morning and all of a sudden he woke up to a crash on Third Mainland bridge. 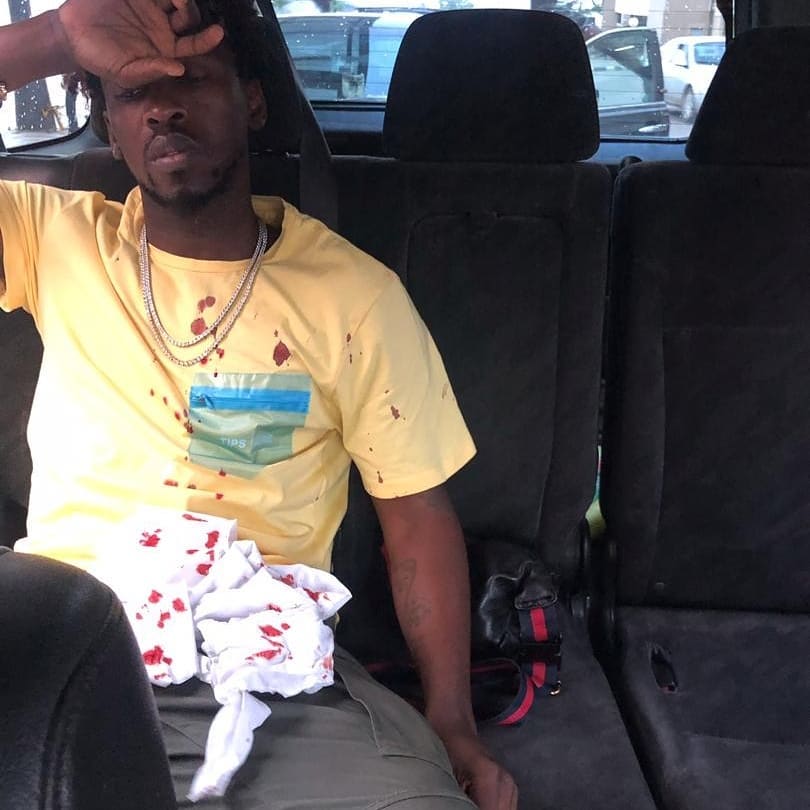 The singer, through his lawyers ‘Abimbola Fakeye Chambers’ has now written a letter of demand to Bolt, requesting a sum of One Hundred Million naira as damages.

According to the letter: “the unnecessary hardship, loss of income, medical bills spent and more importantly, death scare arising from this incident has necessitated this letter and we have been instructed to employ every legal means to recover adequate and due recompense”. 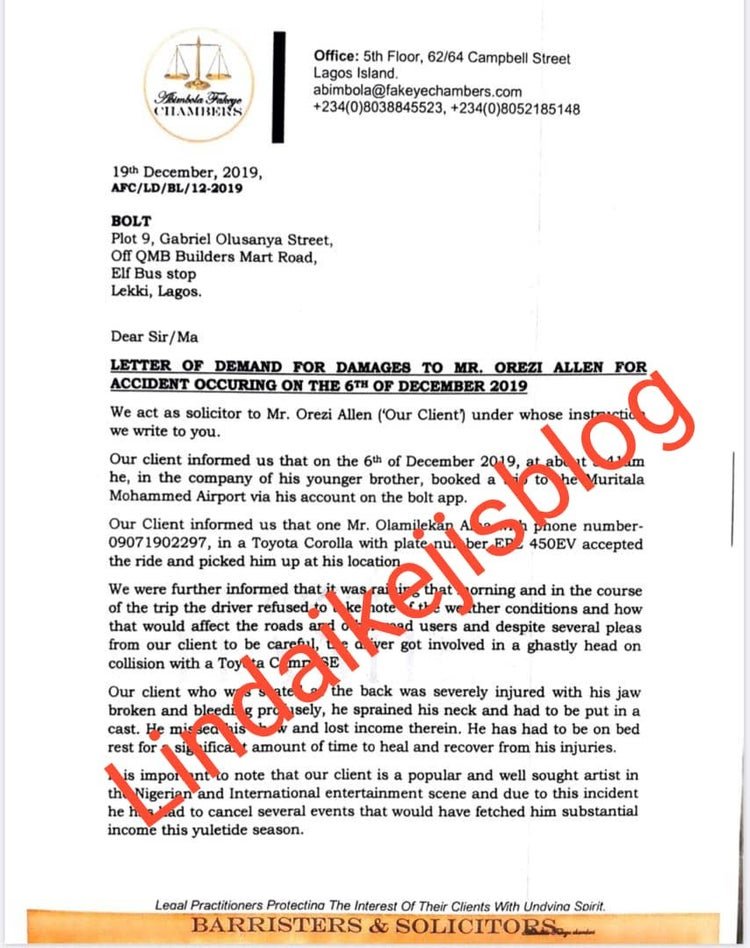 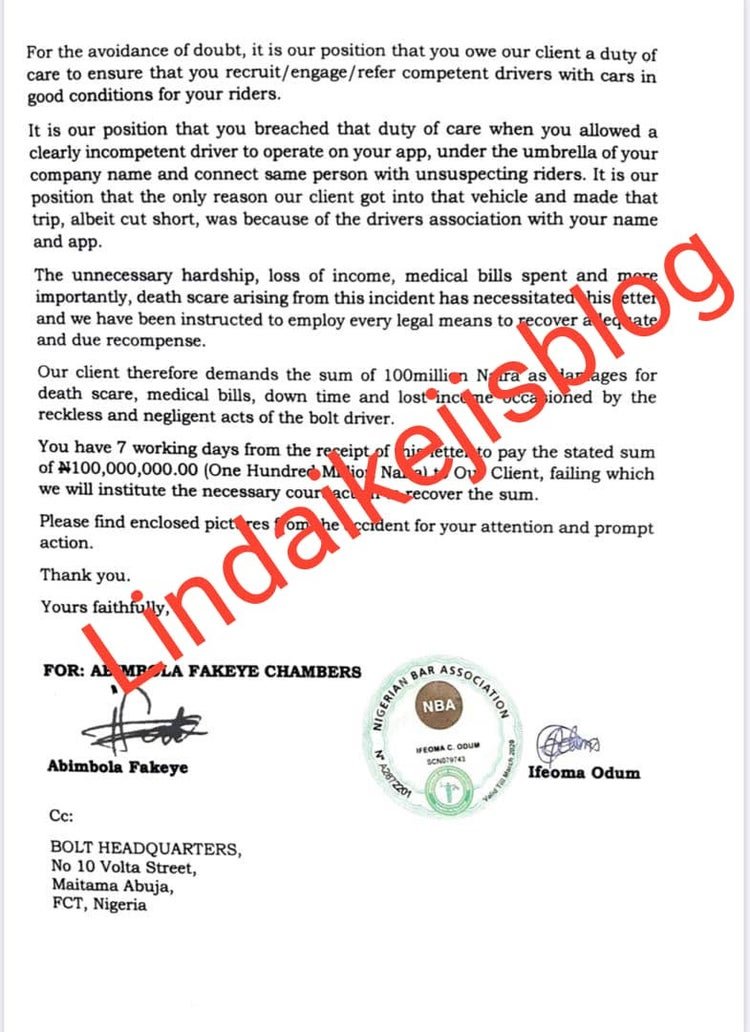