A man “full of anger” went on a two-hour stabbing rampage in a series of random attacks in Los Angeles killing four people and getting two others injured.

The man, 33, killed two men at the apartment complex where he lives in Garden Grove before going on to kill a Subway worker and a security guard at a branch of 7-Eleven.

One of his victims was stabbed in the back at a petrol station as he filled his vehicle and was left with his nose almost severed completely off his face. 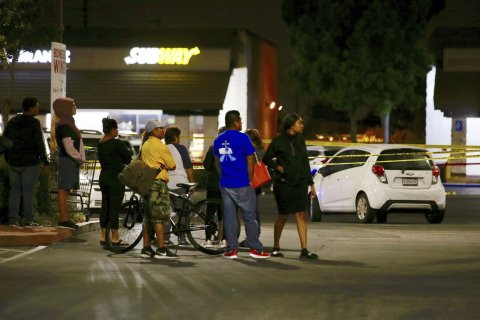 During the attacks,  the man robbed several businesses across the area, including a bakery and an insurance business.

Police Lieutenant Carl Whitney said that the attacker was Hispanic and all his victims were Hispanic too. He said the motives were “robbery, hate and homicide”.

He said: “We know this guy was full of anger and he harmed a lot of people tonight.” 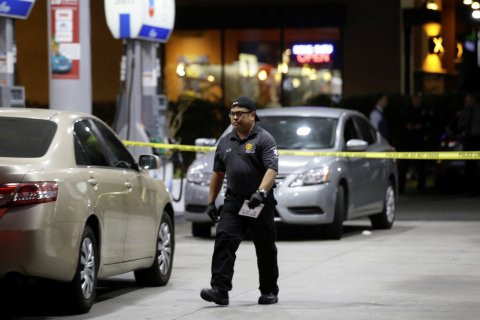 It is believed there had been some kind of confrontation at the attacker’s apartment building that led to one person being stabbed in their flat and dying at hospital and another being found dead on the balcony.

The suspect’s silver Mercedes was tracked to the parking lot of a 7-Eleven store in Santa Ana, where a security guard was disarmed and stabbed to death, Mr Whitney said.

The owner of the bakery that was attacked said: “He went directly to the register and tried to open the register… he showed me a gun.” 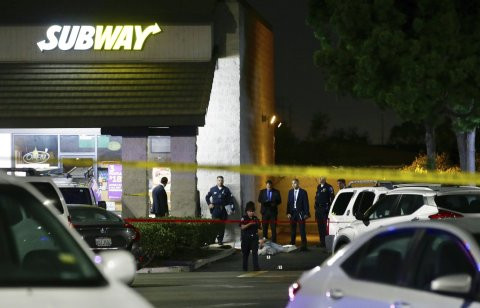 The attacker took all the money and fled, the woman revealed.

She added: “I think I was very lucky because he thought I was a customer, not the owner.”