A man has shared the hilarious story of how he ended up in a hospital after the engagement ring he bought to propose to his girlfriend with got stuck on his finger for hours.

@TheCharlesIsidi said he spent so much money getting the ring. When he got home, he brought it out to admire it, then slipped it onto his pinky finger. When it was time to remove it, it refused to come off and his finger began swelling.

He tried several methods but nothing worked so he had to be taken to the hospital at about 12 midnight. At the hospital, he was told he’d have to lose the expensive ring he bought with most of his salary.

Read Also:  What You Could Do With The Royal Wedding $$

The ring was eventually cut because that was the only way to get it off. 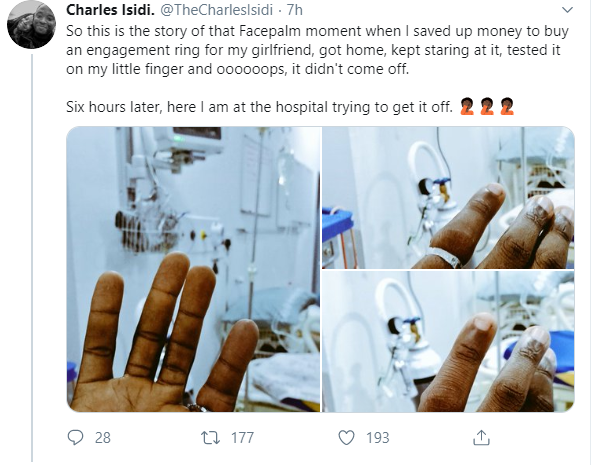 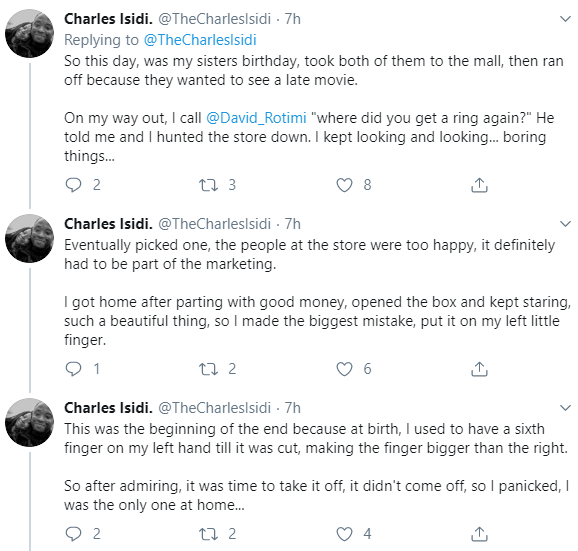 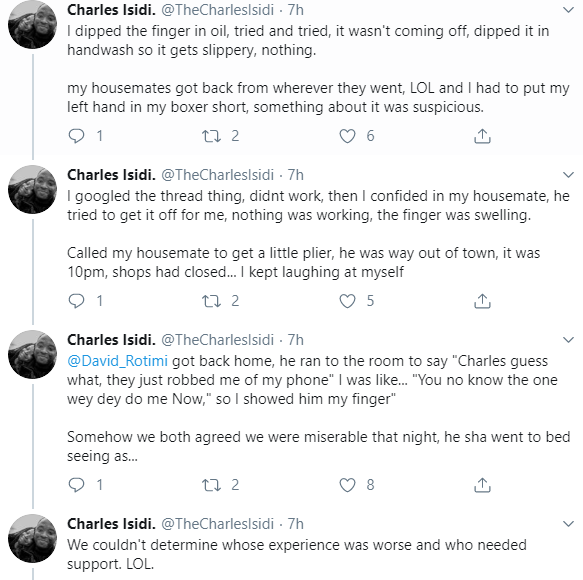 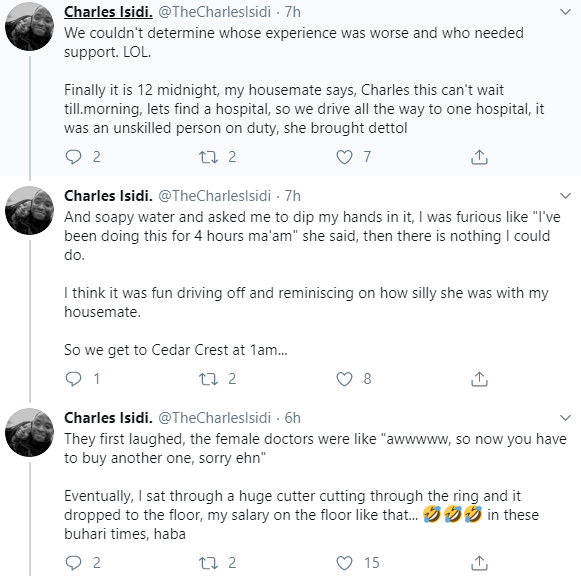 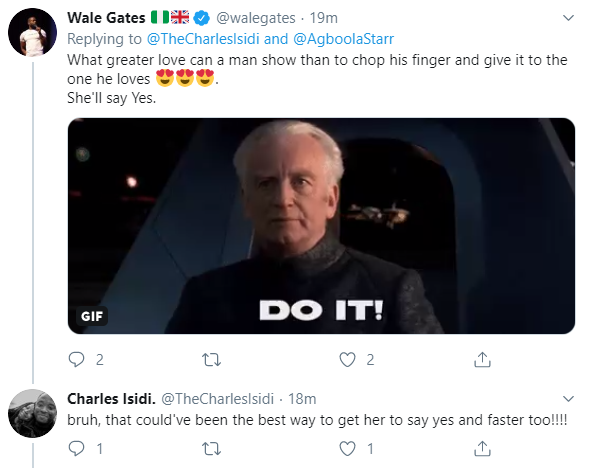 Must Read!!! 4 Healthy Tips That Will Help You Sleep Better

A healthy diet and regular exercise, a good night’s sleep is very important for your …