An American man, identified as Howard Sueing III Ekundayo, has adopted his Nigerian wife’s surname, Ekundayo, and he intends passing it on to his future children.

Howard, whose Twitter bio reveals is an Engineering Manager at Netflix, tweeted on Sunday that he recently got married to a Nigerian woman, Bukky Ekundayo, and that he was changing his surname to hers, so they could pass it on to their children.

“I recently got married! I’m replacing my birth surname/suffix (Sueing III) with @SimplyBukks‘s (Ekundayo) so that we can pass it on to our future children. “Ekundayo” means “to turn tears to joy” in Yoruba. (sic)” 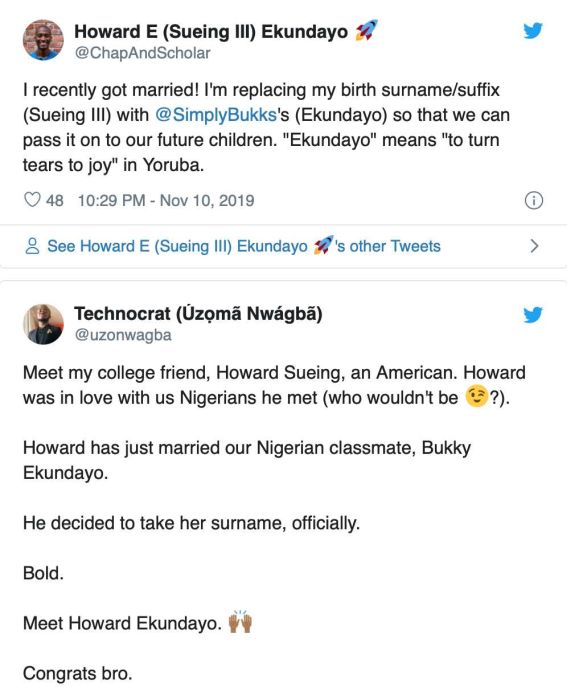 Howard has already changed his name on Twitter to reflect his new surname and his decision has been well received by the Nigerian Twitter community.

loading...
Previous It is wrong for a man to kneel down and propose to his lover – Pete Edochie
Next Nigerians Reacts As Davido Takes His DMW Crew Shopping In Dubai