A 65-year-old Lebanese man who was declared wanted in the 1985 over the hijacking of a Trans World Airlines (TWA) plane has been arrested by Greek Police.

The suspect whose identity came up as being wanted by Germany during a passport check, was detained in Mykonos after disembarking from a cruise ship on Thursday September 19.

The man who was declared wanted by German authorities for the hijacking as well as a kidnapping committed in 1987, is currently being held in a high-security prison in Greece until German officials identify him as the person wanted. 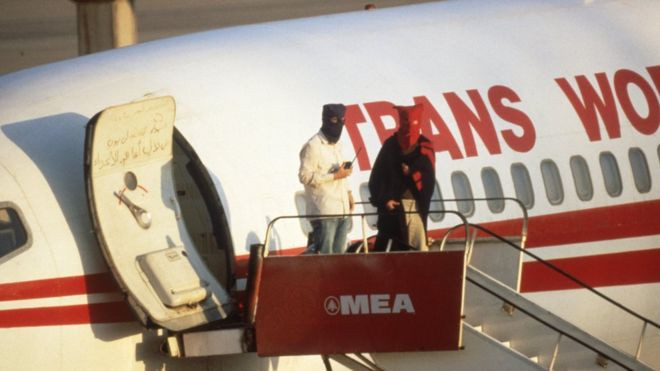 The Trans World Airlines flight from Cairo to San Diego with stops in Athens, Rome, Boston and Los Angeles was hijacked on 14 June 1985 after taking off from Athens, and forced to land in Beirut.

The hijackers kept the plane’s 153 passengers and crew members as hostages for 17 days, demanding the release of hundreds of Lebanese Shia detainees in Israeli custody.  23-year-old Robert Stethem was killed by the suspects after they found out he served in the U.S. Navy.

His body was tossed from the plane onto the tarmac the first time the plane stopped in Beirut. They released the other 146 passengers and crew members in stages till the 17th day when some of their demands were met.

loading...
Previous Woman bags four life sentences for killing her four children
Next WATCH: I wept a lot in my marriage – Mcbrown recounts