Kenyan Woman stabs her Husband to death after little dispute

A  Kenyan woman identified as Mercy Wanjiru has been arrested by the police for allegedly stabbing her husband Kevin Kuria, to death for trying to stop her from leaving their marriage.

According to reports, the incident occurred in Nakuru on Thursday December 12, after Mercy packed her belongings and tried leaving their apartment following frequent domestic disputes.

Eyewitnesses said Mercy who stabbed her husband in the chest was heard saying that she was defending herself after he tried to stab her.

According to Nyumba Kumi Chairperson Daniel Thiong’o, he said;

“She had her suitcase already packed but the man would not allow her to leave.

“When I was called to intervene, I found the man lying helpless on the floor with blood oozing from his chest.” 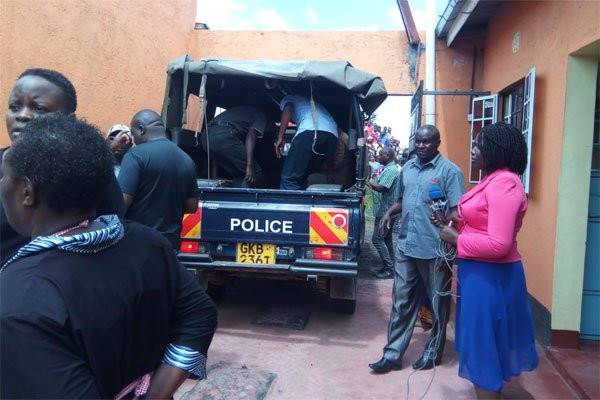 It was further gathered that the murder suspect kept making phone calls to neighbours and friends for help to take her husband to the hospital.

The remains of the deceased has been moved to Nakuru Level Five hospital mortuary while Mercy is currently being held at  Nakuru Central Police Station.