It was all round smiles at the Iranaian stadium when the women were allowed in to watch a football match for the first time in 40 years.

At least 3000 women were live at the stadium to celebrate with their team as they defeated  Cambodia 14-0. 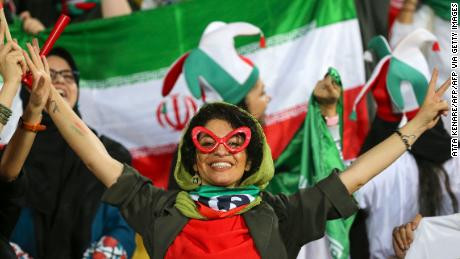 Iran’s ban on women attending sports stadiums is not written into law but was put in place shortly after the 1979 Islamic Revolution, but due to pressure from FIFA and women rights groups, the government uplifted the ban.

loading...
Previous I will shame any woman who nears my husband – Nayas
Next Liberian government shuts down Radio Station for criticizing President George Weah