“I’m getting fat after getting married” – Adekunle Gold cries out

Popular Nigerian music star, Adekunle gold who got married his long time girlfriend, singer Simi has taken to social media to lament on how he’s getting fat after marriage. 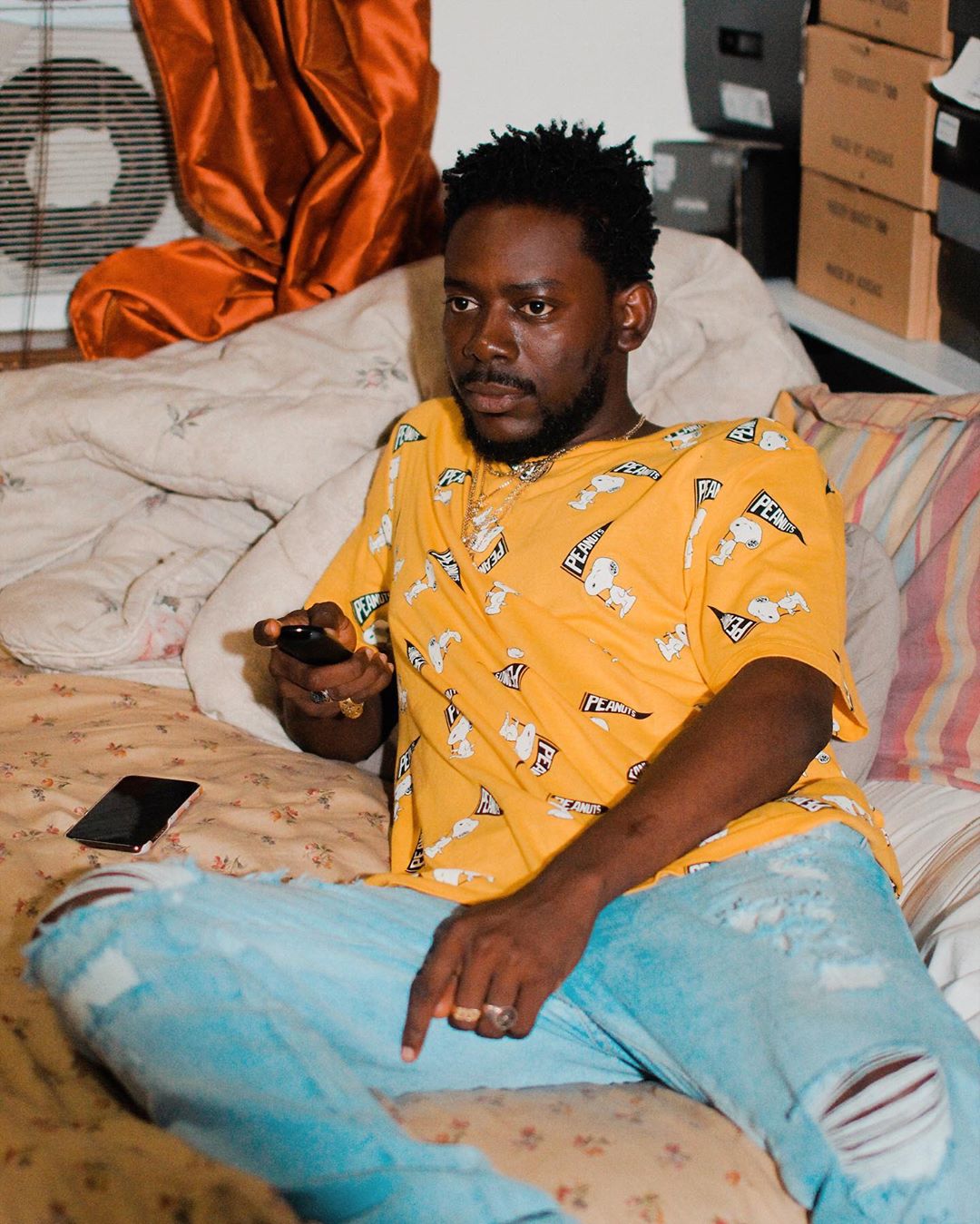 He revealed this on his twitter page and mere looking at some of the singer’s recent photos, one can attest to it that he’s indeed getting fat.

What he shared below, 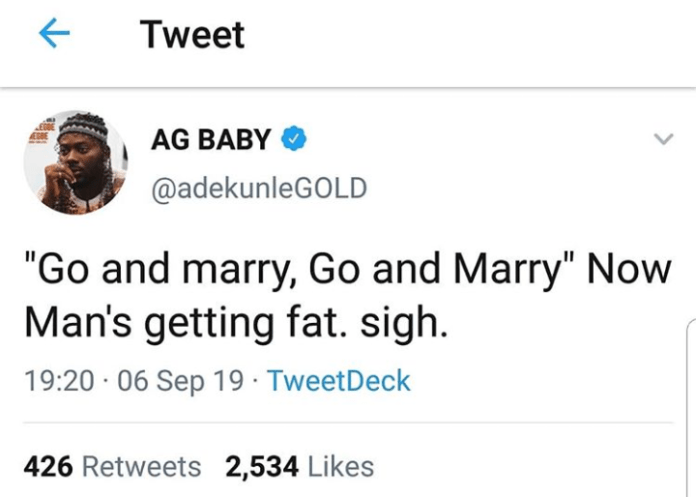 The singer got married to his bae in a lowkey wedding in Lagos earlier this year and fans were thrilled with the news after months of speculations whether or not the couple were dating.

His spouse, songstress, Simi also revealed a while ago some details about her relationship with her beloved husband. 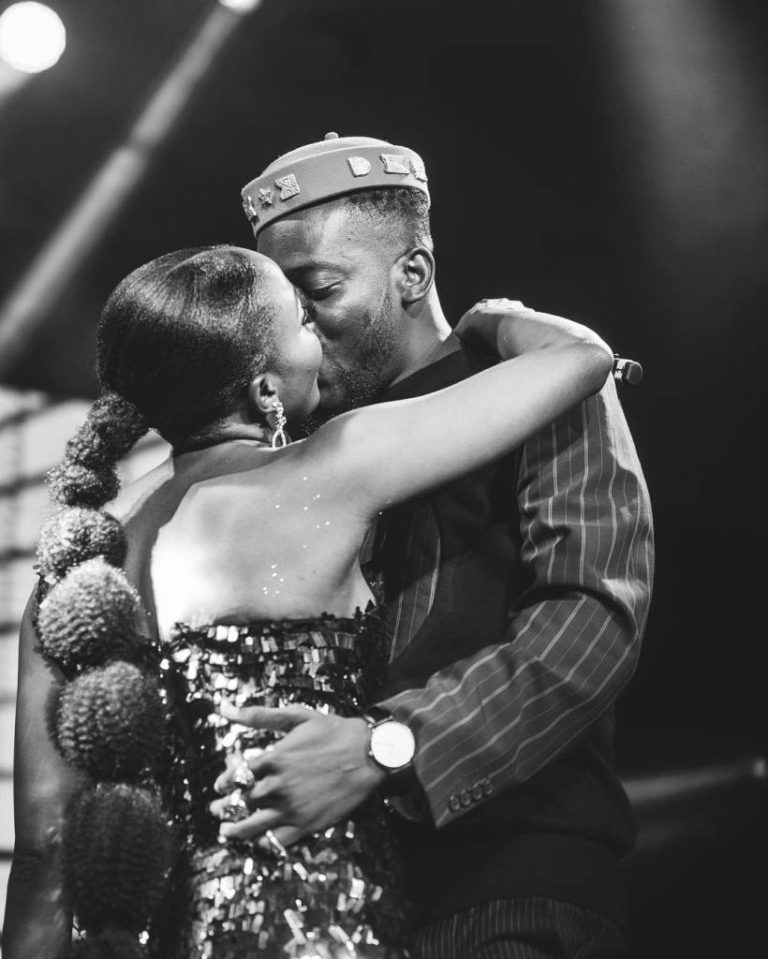 In an interview with Bolanle on Ndani TV, the ‘Joromi’ crooner revealed that she met Adekunle Gold on Facebook and their first meeting was at a show she headlined in Lagos.

Simi further revealed that she never knew her husband as a singer on first meeting, but as ‘King of Photoshop’. They went on to become friends, dated and eventually got married.

loading...
Previous Salah can match Messi if he becomes less selfish in front of goal – Wenger
Next “Why a Tiwa Savage collaboration may never happen” – Yemi Alade Reveals!