A Kenyan Chef, identified as Maliha Mohammed, 36, is now the Guinness World Record holder for cooking for the longest hours.

The  Chef cooked for 75 straight hours at the Kenya Bay Beach Resort, preparing 400 local and international cuisines. The previous Guinness World Record holder for the category was Rickey Lumpkin, a US-based chef who in 2018 cooked for 68 hours, 30 minutes and 1 second. 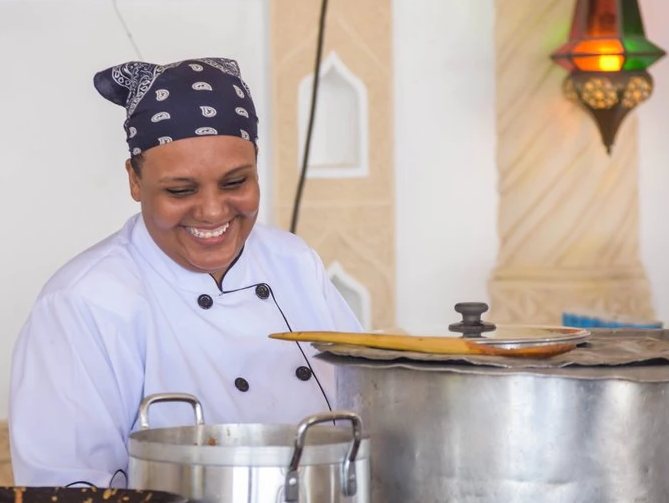 The mother of two achieved this feat in her third attempt as she cooked for 36 hours non-stop in May, tried again in July but only cooked 200 meals for 54 hours under the supervision of the records’ officials.

The food she prepared will be distributed to charity homes as part of her initiative to raise awareness and to feed the less fortunate in Mombasa County.