I Will Declare Marlians, Titans As Terrorists If Elected President: Comedian Bovi

Popular humour merchant, Bovi has stated that his first task would be to declare fans of Tacha known as Titans as well as fans of the fast-rising singer, Nairamarley, known as Marlians as terrorist if elected president of Nigeria.

The comedian made this known during a question and answer segment on his social media account when a fan asked him what his first task would be if he sleeps and wakes up as Nigeria’s president. 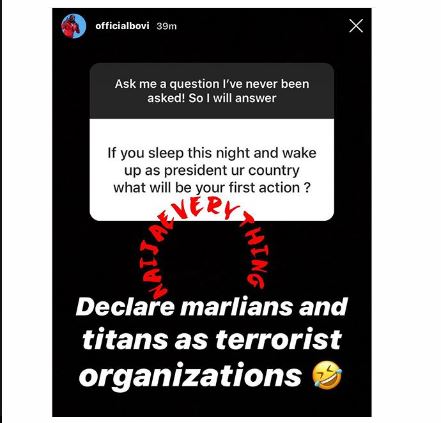