Efya warns fan about her being married or not

Marriage has become criteria to be seen as fulfilled in our society. While there is a lot of pressure from the public on single women to get married, it is even worse for celebrities.

In light of this, the latest celebrity to be pressurized about getting married is Efya.h

“I just woke up… see you tonight,” She was referring to the just ended Livespot X Festival headlined by American Grammy-winning rapper, Cardi B.

A Twitter user who obviously could not mind his business replied Efya’s post by charging her to get married as that is the most important thing.

Read Also:  A look at NAM1’s mansion and luxury cars at Trasacco (Video)

He wrote; “Get married that’s the most important thing. Efya started with Beyonce and Rihanna dems…they all engaged what is she waiting for.”

Not pleased with the comment, Efya replied by asking the fan to mind his business and go stream her latest music instead.

She wrote; “Pls I will say this once …!!! ITS NONE OF YOUR BUSINESS. IF I GET MARRIED OR NOT… GO STREAM THE MUSIC WAI”. 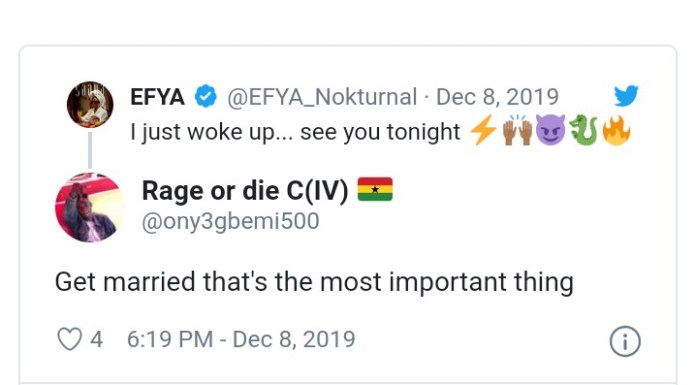 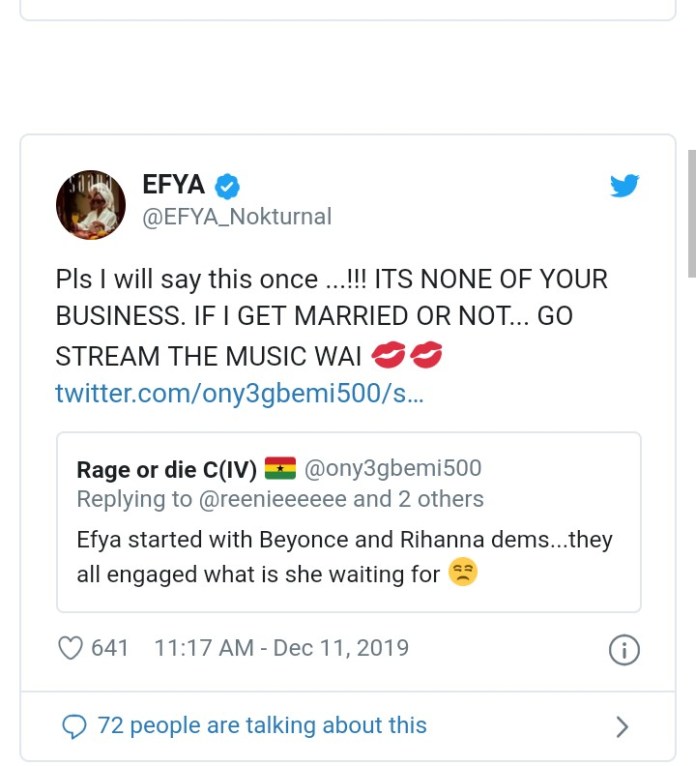