COZA/Davido ; Lady in the controversial promotion video for the church tenders her apology

Elizabeth Omale, the lady in the controversial promotional video involving Davido and COZA church, has come out to tender her apology for taking a part in the video.

The lady made her clarification, saying that the video was never intended to be a promotional ad.

I would like to make some clarifications on the video I recorded with @davidoofficial for my church, the Commonwealth of Zion Assembly (COZA). The video was in no way intended to be an official ad from the church. It was simply my way of raising awareness for a program I am passionate about.

I have read reports online claiming that Davido is coming to the program as an ambassador of COZA because of the video, these reports are false. He recorded that video with me and my daughter as a favour to a friend, nothing more.

Also, my pastor, Pastor Biodun only reposted the video from my page because he has been reposting videos about the program. My video wasn’t the only one on his page.

The video was a product of my excitement about 12DG and there was no malice intended. I apologize for the confusion and misrepresentation, and once again I’d like to say I acted as an individual and not as an official representative of COZA. Thank you. 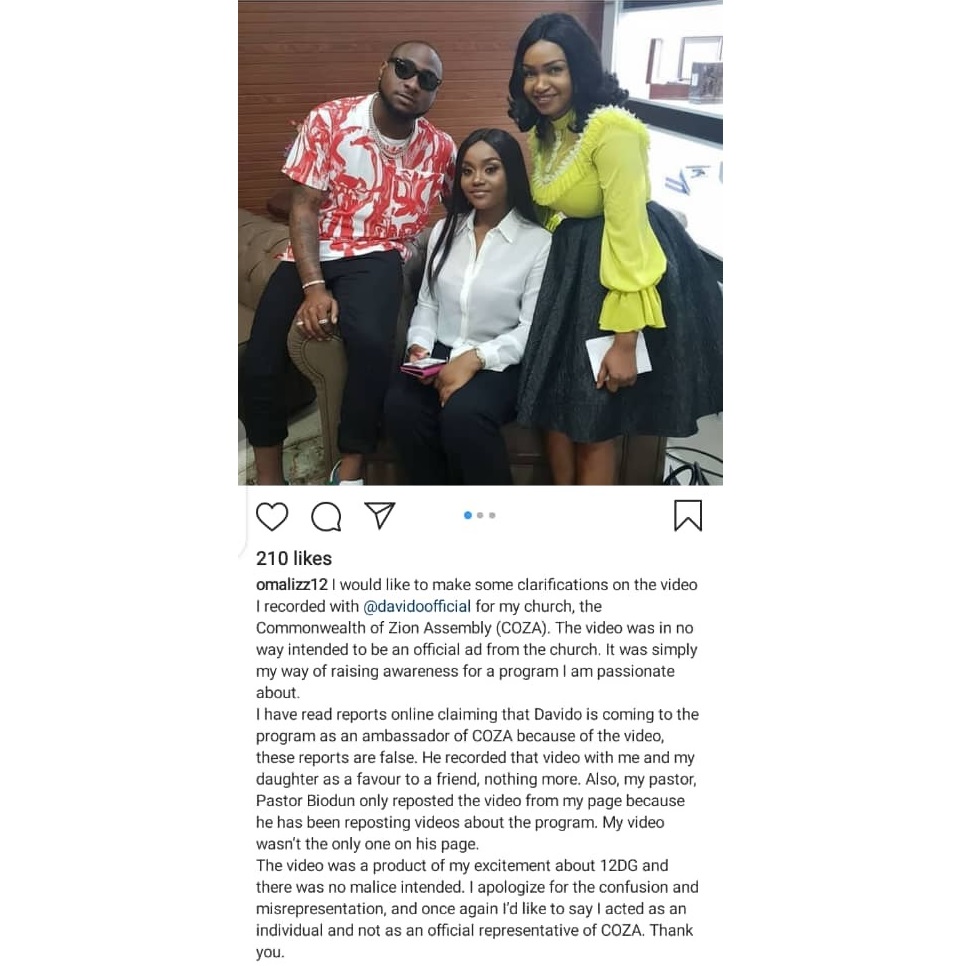