#BBNaija: Tacha’s billboard destroyed barely a day after it was erected in Owerri (video)

A Billboard campaigning for Tacha, which was erected in the Imo State’s capital, Owerri, has been pulled down barely 24 hours after it was put up. 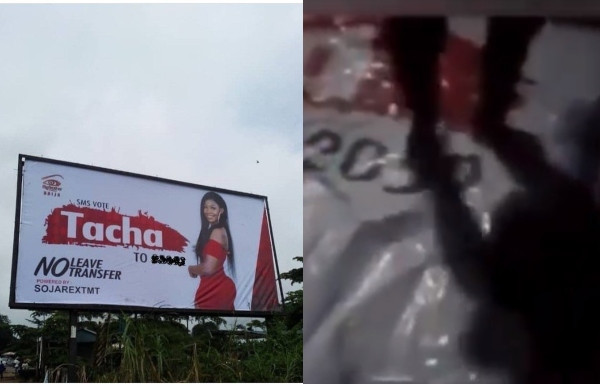 The thugs that destroyed the billboard were heard saying in a viral video that fellow BBnaija housemate, Mercy, owns the house and any other person that tries to erect such again will get more than he or she bargained for.

Here is the viral video below;