Singer Banky W has called for the arrest of Senator Elisha Abbo who was caught on Camera slapping a girl at a intimacy gadget shop in Abuja last month.

The CCTV from a sex shop showing the Senator physically assaulting a lady surfaced online today. The incident according to reports happened in May.

Reacting to the unfortunate incident, Banky W called for the senator to be arrested and made to step down as a member of the senate. Read his reaction below

I’ve been saying that we need to pay attention to who we let into our National Assembly. Now we have CCTV footage of a SITTING SENATOR physically assaulting a woman in an adult toy store in Abuja, IN THE PRESENCE OF A POLICE OFFICER. 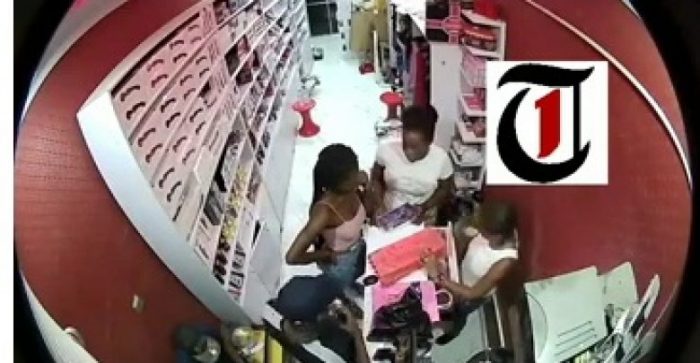 Her only “crime” was saying “Oga take it easy” when he got aggressive with her female store owner friend. For that, he slapped her multiple times, and then made his policemen arrest her.

This is an absolute disgrace. Pls repost and share until our Police force agree to #ArrestSenatorElishaAbbo – he must face the full wrath of the law.

This is what happens when we don’t pay attention to the people we let into our leadership roles.

This is what happens when we have a culture that subconsciously treats our women as second class citizens.

We have a lot to unlearn as a country.. about how we select/allow leaders AND about the way we treat our women. We must do better. We must be better.