In an interview with Emelia Brobbey on her Okukuseku show, Salma emphatically stated that she will never forgive Moesha or talk with her again over an undisclosed incident. 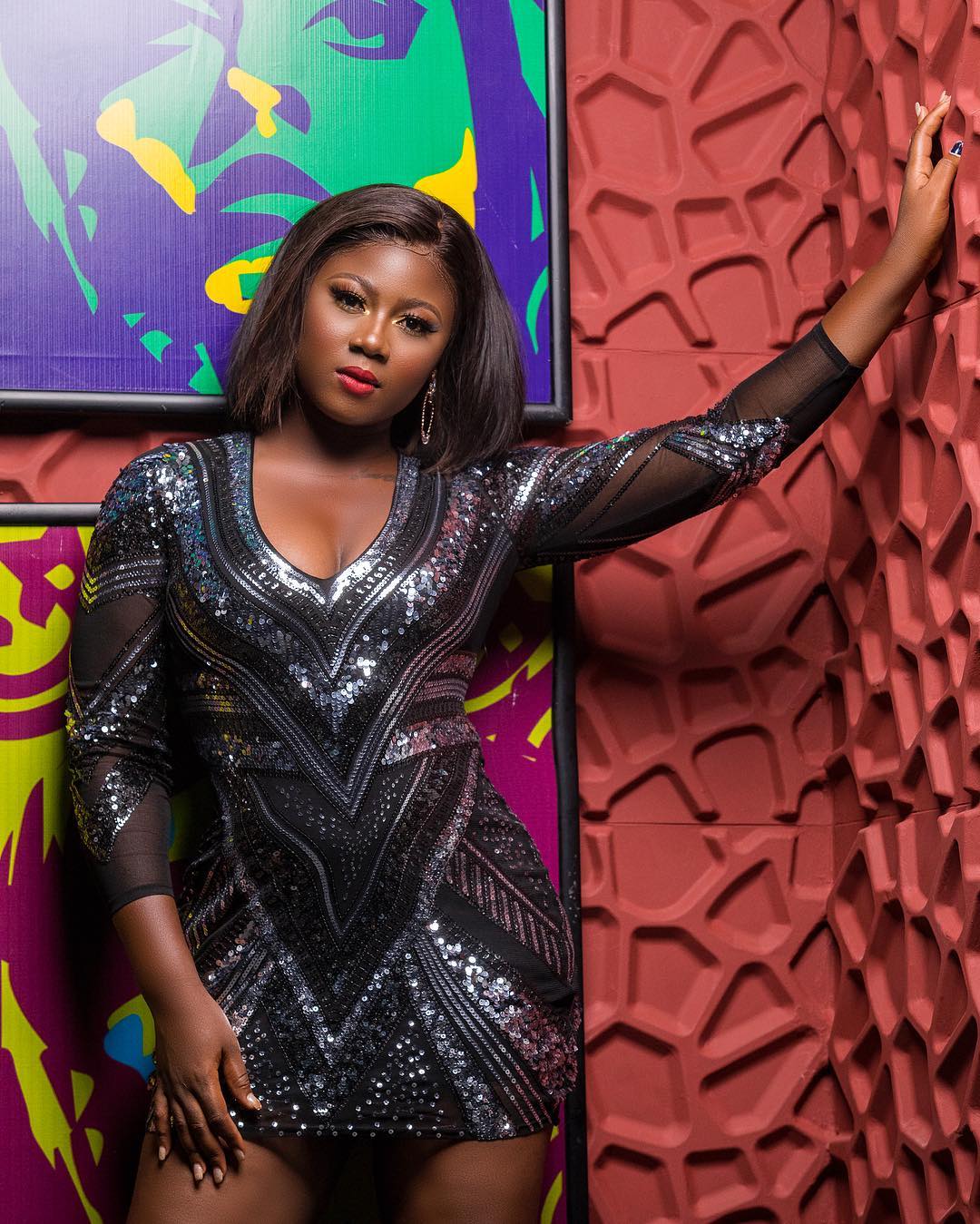 ”I have forgiven all those who have offended me this year because there is reason harboring that anger…As for Moesha, she is someone I don’t ever think I will talk to again. I don’t know what the future holds, but she isn’t someone I want to have a personal contact with.”

Slamming her colleague over the comment, Moesha alleged that Salma thinks she is better than her because she publicly admitted to dating married men in an interview with CNN. She insisted that she is not that girl Salma thinks she can control.

Read Also:  Don’t expect ‘bedmatics’ from your partner as if she is a P0rnstar – Nana Aba advises men

Moesha also accused her colleague of dating married men and still dating some of them, while covering that up with her businesses. 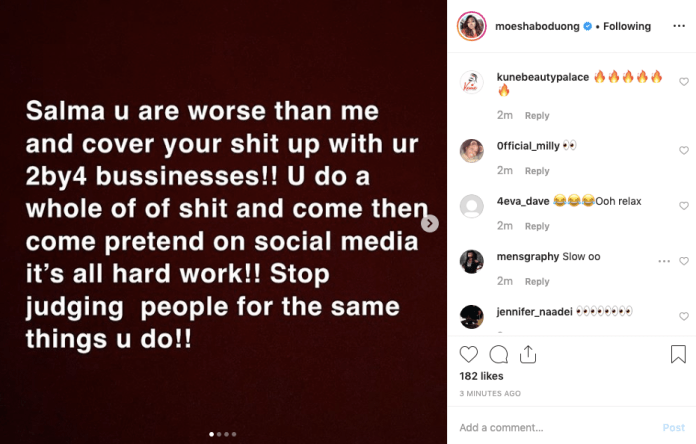 She also accused Salma Mumin of being bitter because her butt surgery wasn’t as successful as hers. 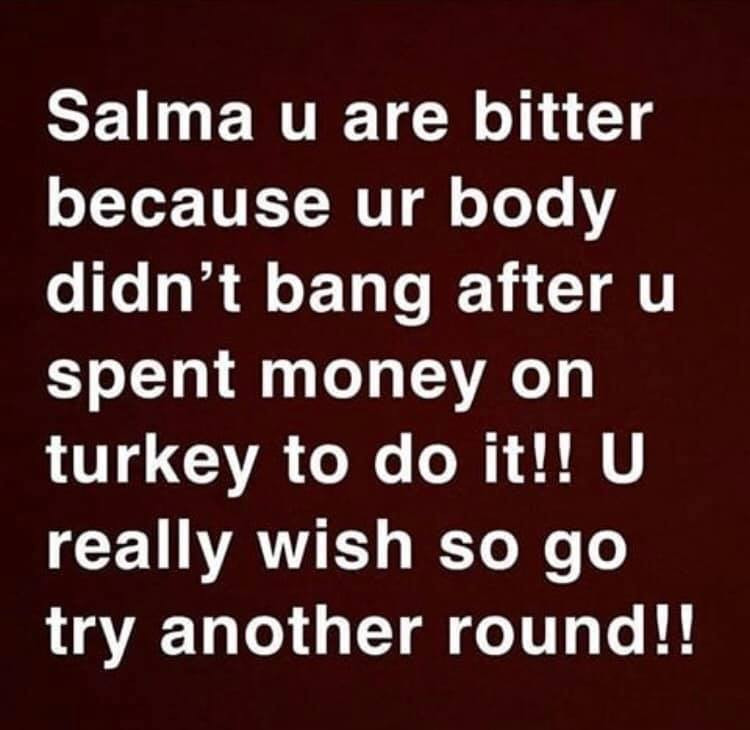 Salma Mumin who served a response to Moesha via an Insta-Live video, stated that she has been quiet for so long which is why so many people misunderstand the situation and see her in a way she doesn’t like. She also alleged that Moesha was fake which was why she cut her off.

Also reacting to the controversy about her age, Salma stated that she is not the first person to lie about her age and if she says she is 30 people should leave it at that and not add more it.

Read Also:  All the women I dated never had any positive impact in my life – Shatta Wale says

Here is the video below;

Moesha Buduong has taken a dig at fellow actress and former friend, Salma Mumin over her comment of never speaking to her again.

Sister Salma just went live to clear some of the things her former friend, Moesha said about her… she has some shots to throw toward Moesha’s house gate. But who’s the lady giving commentary there 😂😂😂😂

loading...
Previous Andy Ruiz Splashed $1m On 4 Luxury Cars During His 6-month Reign (Photos)
Next I am the most recognized Nigerian Female artiste on the International scene – Yemi Alade