Samuel Ekeh and Ayena Tonton Komlan were chained and locked up in a toilet, and brutalized by the four suspects for days in a bid to coerce them to admit to stealing 5,000 cedis, the Police have said.
The victims, who have worked for the suspects for the past two years, have since been issued with medical forms to receive treatment and examination.
The four, 37-year-old Henry Inyamah Chinedu; 25-year-old Philip Obidile; 21-year-old Ezekiel Okwonkwo,  all Nigerians and Abdul Jamal Taffa, Togolese, are being held by the Accra Regional Police Command.

According to police reports, the suspects had accused the victims, who were domestic servants of stealing an amount of 5,000 cedis.

A theft case was subsequently reported at the East Legon Police Station, which investigated the case but cleared the two domestic workers of any wrongdoing.

Dissatisfied with the police investigation, the suspects instead of sending the victims home, allegedly abducted victims last week and tortured them with the view to get them to admit to the offence.

The wailing of the victims, police say, attracted passersby who sent distress calls to the police leading to the arrest of the four suspects on Monday, September 9 at about 8.30pm.

Police have meanwhile commenced investigations into the case 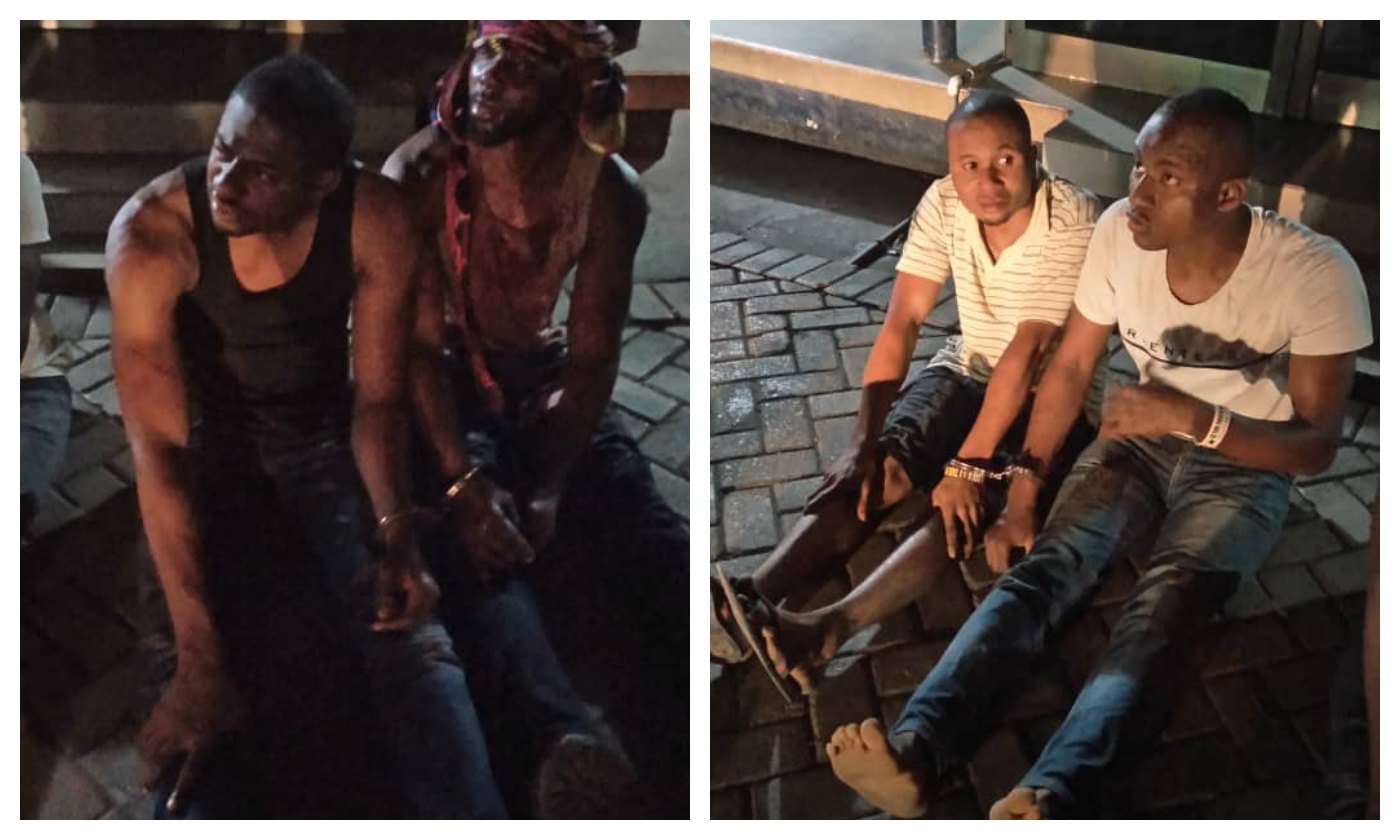